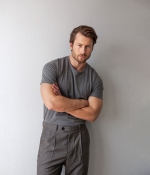 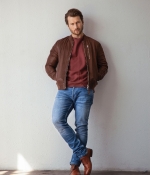 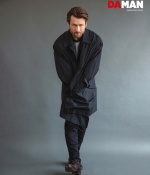 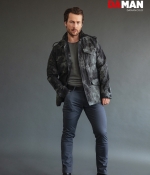 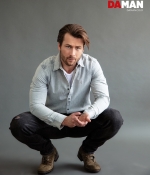 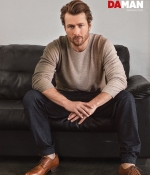 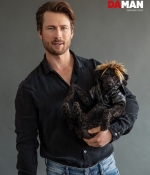 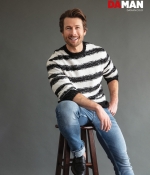 As the world waits with bated breath for “Top Gun: Maverick” we chat with Glen Powell about being part of this cinematic masterpiece and delve into his past and previous works. Glen Powell is about to The original “Top Gun” was groundbreaking calls me over to his trailer with my mom ride into the danger zone as “Top Gun: Maverick” finally has a theatrical release date. In this highly- anticipated sequel to the 1986 blockbuster “Top Gun,” Powell plays as “Hangman,” one of the naval aviators set to take to the skies together with Tom Cruise’s “Maverick” in what is expected to be one of the most celebrated flicks of the year—if not the decade. Of course, Powell has several other upcoming titles that he’s happy to share with us, along with some unique insight into his profession in what is arguably one of our most engrossing interviews in a long time.

DAMAN: Hi Glen, thank you for having us and hope you’re doing great. So, what keeps you busy these days?
Glen Powell: As you know, Hollywood will kick you out the door as soon as you let it, so I’m spending a lot of time developing my own material so that I can build the career and make the movies that got me into this business in the first place. Learning from my heroes like Tom Cruise, Tom Hanks, Kevin Costner and Robert Redford: They didn’t rely on luck; they created their own luck. Hollywood may still kick me out, but at least I’m doing my part.

DA: Last we checked, “Top Gun: Maverick” is set to premiere at the 2022 Cannes Film Festival in May. How excited are you that the movie is finally being released?

GP: I think I would probably be a lot less upset every time the movie got pushed if “Top Gun: Maverick” wasn’t so damn good. This movie is like keeping the greatest secret of all time. It’s truly like nothing you have ever seen before. And I can’t wait to finally unleash it on the world. And think after this pandemic that everyone on this planet has gone through, we appreciate the theatrical experience more than ever. And my God this is going to rock every theater in the world.

DA: All in all, what can audiences expect from this movie when it comes out? Especially moviegoers who grew up with the original “Top Gun”…

GP: It is so rare that a movie like this comes along. A movie that is massive and still emotional. One that is adventurous and romantic. One that delivers you jaw- dropping spectacle but also will make you cry. This movie is why you make movies. for its time and turned Tom Cruise into a household name. This movie is over 30 years of Tom Cruise operating at the highest level of Hollywood leading men and taking all of that experience and putting it in one film. He said he would never make a sequel to “Top Gun” unless he could beat it. I am a huge fan of the original, but I think we beat it.

DA: Speaking of which, what is your impression of the 1986 original? And then, how would you describe the connection between “Top Gun” and “Top Gun: Maverick”?

GP: The original “Top Gun” is one of the reasons that I became an actor in the first place. It is really hard to watch that movie and not want to be a movie star or a fighter pilot. Tom Cruise set off a lot of young people on the path to both. The best part is we are not trying to reboot “Top Gun.” We are not trying to re-create the story of the first movie—you just can’t do it. This is a sequel following Maverick’s journey all these years later. He’s still completely a maverick and having to learn that he can’t go fast forever at some point even the greatest pilots have to land. [More at Source]