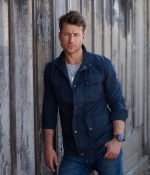 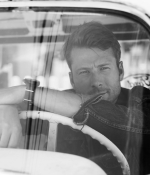 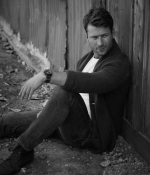 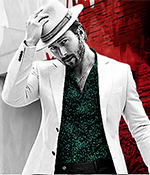 GLEN POWELL HAS CARVED OUT QUITE THE RESUME during his 10-plus years as a working actor in Hollywood. He’ll be the first one to tell you that the path from his home state of Texas to Los Angeles hasn’t always been rainbows and lollipops. Fortunately, there have been significantly more hits than misses (or missteps) unlike some other young Hollywood actors of his generation.

Glen’s been honing his craft ever since he arrived in Tinseltown, and he’s known as a highly skilled actor, and burgeoning writer and producer.

Glen was an essential player in the FOX horrorcomedy- slasher TV series Scream Queens in the mid- 2000’s. His film appearances have included roles in The Dark Night Rises and Expendables 3, and he starred in Richard Linklater’s coming-of-age comedy Everybody Wants Some!!

His portrayal of John Glenn in the 2017 Academy Award-nominated film Hidden Figures garnered him major looks. It wasn’t a gigantic role, but his performance was executed with star power in an important film. And it was noticed.

All of the above is well and fine, but 2022’s highly anticipated Top Gun: Maverick is set to go kaboom in May—for the film and for Glen Powell. He’s in the mix with a cast to die for: Tom Cruise, Val Kilmer, Jon Hamm, Ed Harris, Jennifer Connelly and Miles Teller.

Powell’s powerful audition for the film led him to a “secret” role in the movie. Along with a couple of other co-stars, he’s remained quiet about some particulars about his character.

Recently, we had the opportunity to chat with Glen about where he’s been, where he is now, and where he’d like to go. [More at Source]